We’d like to thank Brad for the work he did researching and writing this Collection Story as part of his student placement.

From Passengers to Coal

Despite the Gold Rush in Australia continuing throughout 19th century, and demand for travel to Australia remaining high, the SS Great Britain was beginning to age and took her final voyage as a passenger liner in 1875 after over 30 years of carrying passengers.

This was not quite the end for the ship though, as in 1882, the SS Great Britain was bought by Anthony Gibbs, sons & Co to be used for cargo. The engine was removed, and the ship converted into a sailing ship known as a ‘Windjammer’, so she could transport coal from Wales to San Francisco in America, and then bring grain back to the United Kingdom.

At this point in the career of the SS Great Britain, she was no longer the speedy ship she had once been. With no engines, a nervous crew, and turbulent weather, the voyages around Cape Horn were exceptionally slow journeys. The trip from Wales to San Francisco often took more than six months to complete, and a round trip back to Wales, well over a year.

It is due to these conditions that the ship only completed two journeys to San Francisco; on the third trip, in 1886, the SS Great Britain was irreparably damaged and left in the Falkland Islands, where she was then used for storing coal.

In 1882 Captain Henry Stap took command of the SS Great Britain, and during his first voyage wrote a letter to his brother that reveals what life was like onboard the ship in the 1880s.

The SS Great Britain as a cargo ship was extremely uncomfortable and dangerous to crew. During the ship’s 1882 voyage, a faulty water tank meant that drinking water became increasingly worse throughout the voyage and poor coal distribution within the storerooms led to the ship rolling dramatically in the ocean waves. The turbulent rolling became so dangerous that one sailor fell overboard and was lost at sea.

The experience of travelling in such poor conditions meant that on the morning after leaving Liverpool, the crew confronted Captain Stap, demanding to return to port. Whilst he managed to persuade the crew to continue, Captain Stap still wrote to his brother, exclaiming “I wished that I had never seen The Great Britain” and describing how he felt “very unhappy” as captain on the ship. 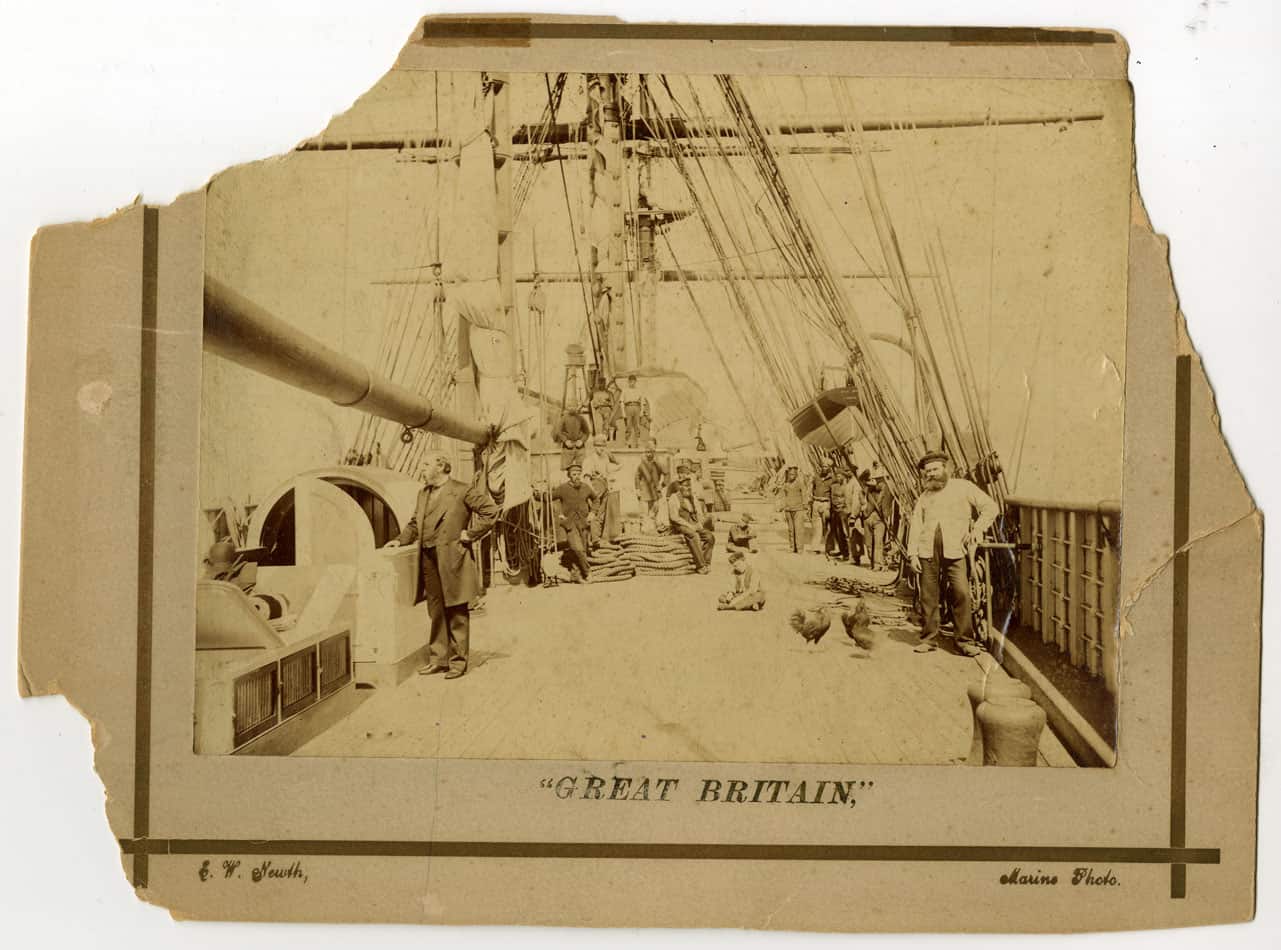