The Albion Dockyard Company are passing down the legacy of the city’s largest working dockyard to the next generation.

For centuries, Bristol’s docks and harbour kept afloat an economy built on maritime trade, and connected this city to the rest of the world.

In 1820 the Albion Dockyard was one of many shipyards around the Floating Harbour. Today, it’s the last place in Bristol where large vessels like Pelican can undergo essential maintenance and repair.

Since 2018 the Albion Dock Company, together with the SS Great Britain Trust, has restored the dry dock, repairing the facilities and providing an essential service to ship-owners.

“My life is steeped in the history of the harbour, I went into shipbuilding because my Dad made ships, it was as simple as that, it was a huge part of my childhood.

I remember the launch of the Miranda Guinness from the Albion in 1977 where crowds of people lined the harbour to watch.

I started as an apprentice here, and my dad worked here too as a Boilermaker welder. There are still a few master tradesmen, real masters. But the skills are dying out.”

The Albion Dockyard is one of the last places in Bristol where a ship-building tradition lives on, and the ships entering and leaving dry dock are still a spectacle today.   Notable ships which have been serviced in the dock so far include the remarkable tall ship, Pelican of London, and the multi award-winning live music venue, Thekla.

“We need to maintain the industry of ship building and ship repair in Bristol. Getting your hands dirty is not something young people see as an option anymore. I still get a kick when I go around the world and see a ship and think, I built that.

The UK is a maritime nation, the terminology is part of our language, phrases like ‘right to the bitter end’ and ‘learn the ropes’ come from ship work. We need to keep that part of our culture alive.”

The Albion Dockyard Company are bringing the current shipyard operation into the 21st century while also maintaining traditional elements of their work.

Through apprenticeships with local colleges, seasoned dockyard managers like Chris are training up the next generation of ship builders.  This includes Flynn Dolan, who is currently completing training with the Albion Dock Company on fabricating and welding steel ships. Over the last year he has been getting to grips with the world of ship building. Flynn said:

“I think most people would be surprised at how we do things here, that we certainly use elements of modern technology, for example lasers are now used to guide ships in over the blocks.  Before I started my apprenticeship, I had no idea how they’d get a ship in and out the dry dock, operating the pumps, setting out blocks accurately… it looks like a massive undertaking from the outside.”  Chris hopes that apprenticeships will help break down the barriers which hold young people back from getting into the maritime industry.   “To us, it’s simple, but people tend to think that anything marine is rocket science and it’s not. It’s 90% common sense, 5% skill and 5% having the guts to go ahead and do it.   Some apprentices come in and all they can see is this massive, big structure. But a ship is a jigsaw puzzle made of many little pieces.”

Flynn was inspired to take on the apprenticeship with the Albion Dockyard after he visited with his college last year, he is now working closely with Chris and Paul to learn the ropes. Flynn said:

“The first time being involved in bringing a ship in is certainly a learning experience, you learn on the job working alongside experienced managers here.

It’s wonderful thinking about how many years the dry dock has been used, and that it’s still operating now, it’s a great thing to be a part of.”

Chris hopes that the apprenticeship system will help continue the legacy of Bristol’s maritime industry, allowing him pass down the baton to the next generation. Chris said:

“That’s the whole idea of the apprenticeship system, you have the theory of your college work, but you’re learning from people who’ve been there, done that, and got the T-shirt.

In another 50 years’ time Flynn will be sat here doing what I’m doing, talking to youngsters and bringing them on, that’s progress.” 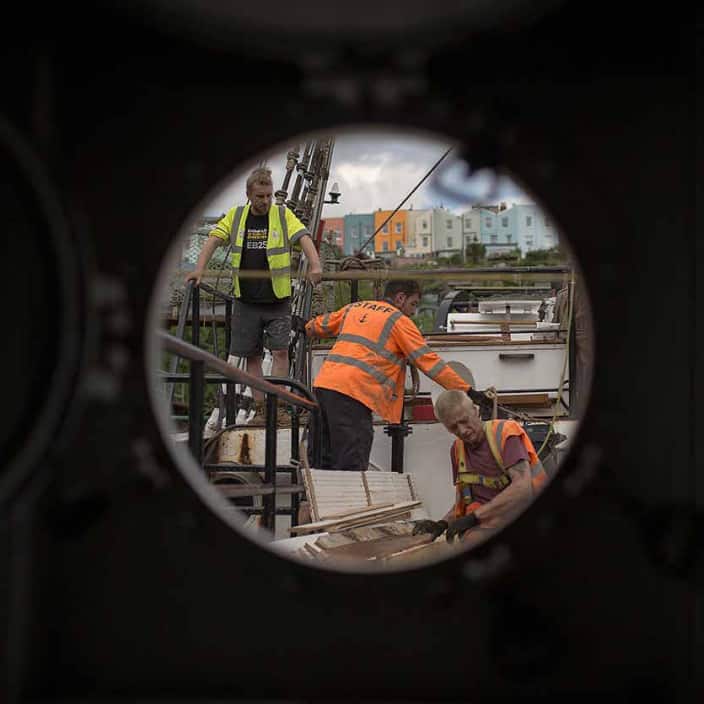 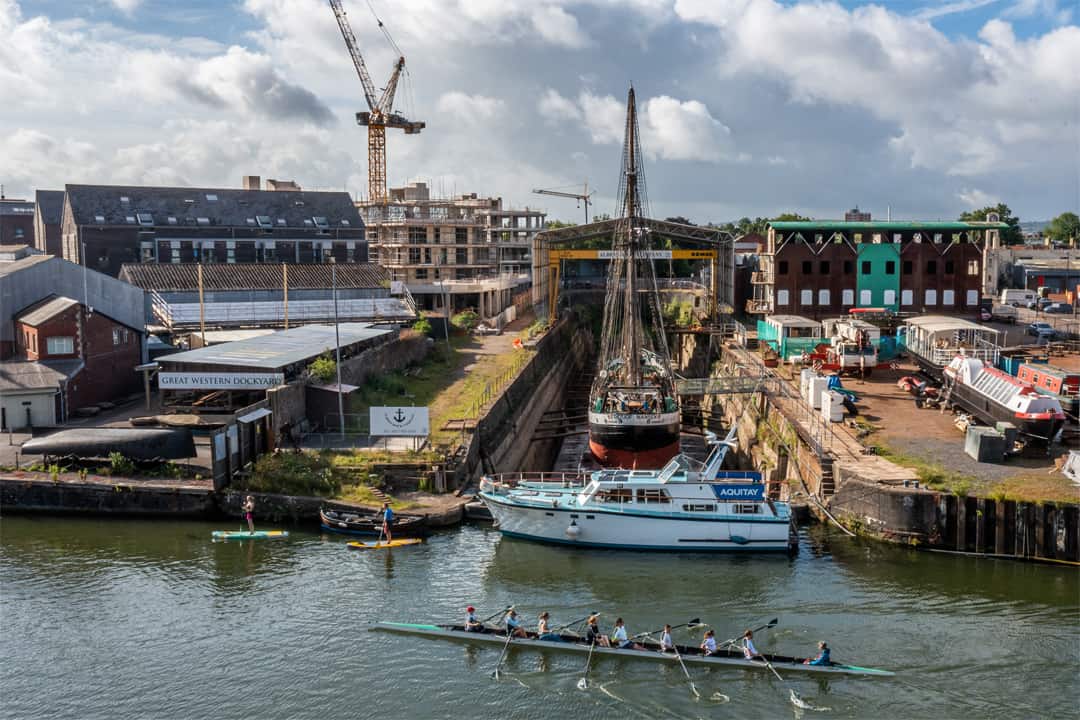