In 1858, at the age of 52, Isambard Kingdom Brunel was working on his third, and largest, ship the SS Great Eastern. It proved to be an extremely difficult and expensive project. The work took its toll on Brunel; he became seriously ill and was suffering with exhaustion. He was later diagnosed with ‘Bright’s disease’, a disease of the kidneys, and ordered by his doctor to spend the winter in Egypt with his family to relax.

Accompanied by his wife Mary and son Henry, Brunel spent Christmas Day in Cairo with his great friend and fellow engineer Robert Stevenson (who was also suffering with Bright’s Disease). Relaxing, however, was not in Brunel’s nature, and the remainder of his trip was spent sailing up the River Nile, taking a trip to Philae on a donkey and even sailing down river rapids!

Brunel returned home in May 1859 and, ignoring concerns about his health from his friends, he returned to work on the SS Great Eastern. He put huge pressure on himself to not only check every detail of the newly installed engine, but every other bit of equipment on the ship, even down to the type of mirrors and velvet to be used in the ship’s cabins.

On 5 September 1859, the day of the Great Eastern’s maiden voyage, Brunel had a stroke and collapsed on board the ship, just moments after he had had his photograph taken against one of the funnels. He was taken to his home and the SS Great Eastern set sail without him.

Brunel died 6 days later, on the 15 September 1859, less than a year after he had written his will. His friend Robert Stevenson died shortly after on 15 October; their deaths were a great loss to the world of Victorian engineering.

Brunel was introduced to the Horsley family by his sister Sophia Hawes and her husband Sir John Hawes in 1832. He was regularly invited to their family home in Kensington to enjoy friendly social events and concerts. Brunel married Mary Horsley on 5 July 1836 in Kensington Church. They had three children together: Isambard Junior born in 1837; Henry Marc born in 1842; and Florence Mary, born in 1847.
The family lived at 18 Duke Street in London with Brunel’s mother, Lady Sophia Kingdom. They employed several staff who also lived in the house including a butler, housekeeper, cook, lady’s maid, three house servants, and a kitchen maid.

Although he could be stern, Brunel was extremely fond of his children and would spend what free time he had with his family. Servants working for the Brunel family described how he would hurry from his office to the nursey to see his children and entertain them with magic tricks or take them kite flying. Brunel also took his family on holiday each summer, mainly to the south west of England and occasionally abroad to Italy and later to Egypt.

Both Brunel’s sons went to the boarding school, Harrow. Isambard Junior went on to become a lawyer, while Henry followed in his father’s footsteps showing a keen interest in engineering. In the late 1850s Brunel would often take Henry on business trips and in 1858 Brunel requested that he be released from school to see the launch of the SS Great Eastern. Florence’s education is not documented, but as there were few schools for girls in the Victorian era it is likely that Florence, like many girls from wealthy Victorian families, was educated at home.

Play this fun board game about Brunel’s life and work.

Click here to see one of the last photographs of Brunel on board the Great Eastern. Can you describe how he might be feeling in this photo? 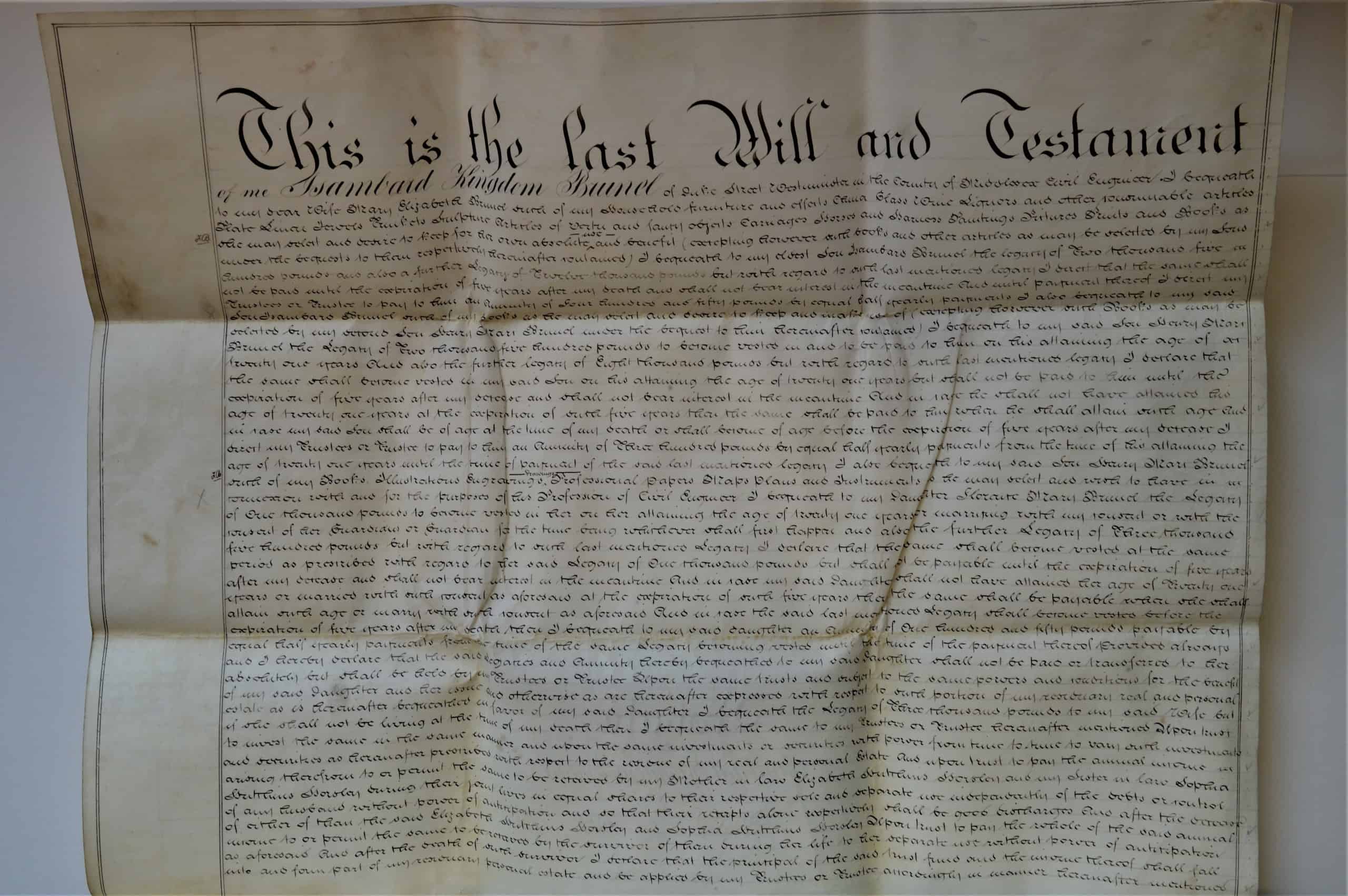