In 1833 Isambard Kingdom Brunel became the Chief Engineer for the newly planned Great Western Railway, despite having no previous experience of building railways. Train travel was becoming more popular in Britain. Railways linked places together and allowed people and goods to travel cheaply and quickly across the country. For Bristol to keep its place as one of the major ports in Britain, the city needed better transport and communication links. Brunel wanted the route from Bristol to London to be as smooth, flat, and fast as possible.

Brunel was personally involved in every part of the railway, including surveying the route on horseback, designing the stations, including the original Bristol Temple Meads, and the trains themselves. He had to design many tunnels and bridges, to make sure that the trains could run quickly along the flattest route possible. Some landowners were not keen to have the GWR going through their land, and it took two attempts to gain permission from Parliament to build the line.

The completed line opened on 30 June 1841 and the first journey, from London to Bristol, took four hours. Since opening, the line has carried billions of passengers and though the trains have changed, the route remains the same.

Not long before Isambard Kingdom Brunel’s marriage to Mary Horsley in 1836, he bought 18 Duke Street in London to be his family home. In 1848 he purchased the neighbouring 17 Duke Street and combined the two houses together. Just above his ground floor office, Brunel created an elaborately decorated dining room, known as the Shakespeare Room, where he and Mary entertained family, friends, and important people.

Around the room hung nine paintings inspired by scenes from Shakespeare’s plays, alongside mirrors and red velvet curtains. The room also contained a large dining table with fourteen chairs; the silver gilt tableware, including the dessert stand, could have been placed on this table when the Brunels were entertaining.

When wealthy Victorians like Brunel held dinner parties, it was important that the dining room was well decorated to impress guests. The table might hold glasses, plates, and cutlery; beautifully folded napkins; elaborate decorations such as displays of exotic fruit, flowers, or ice sculptures; and dishes containing a wide range of food. Dishes might include roast meats, fish, pies and soups followed by jellies, ice creams and cakes.

The Shakespeare Room has been recreated in the Being Brunel museum at Brunel’s SS Great Britain.

Find out “A Bit About Brunel” with this Fact Sheet

Watch this short film and find out what food was like on board the SS Great Britain for passengers: 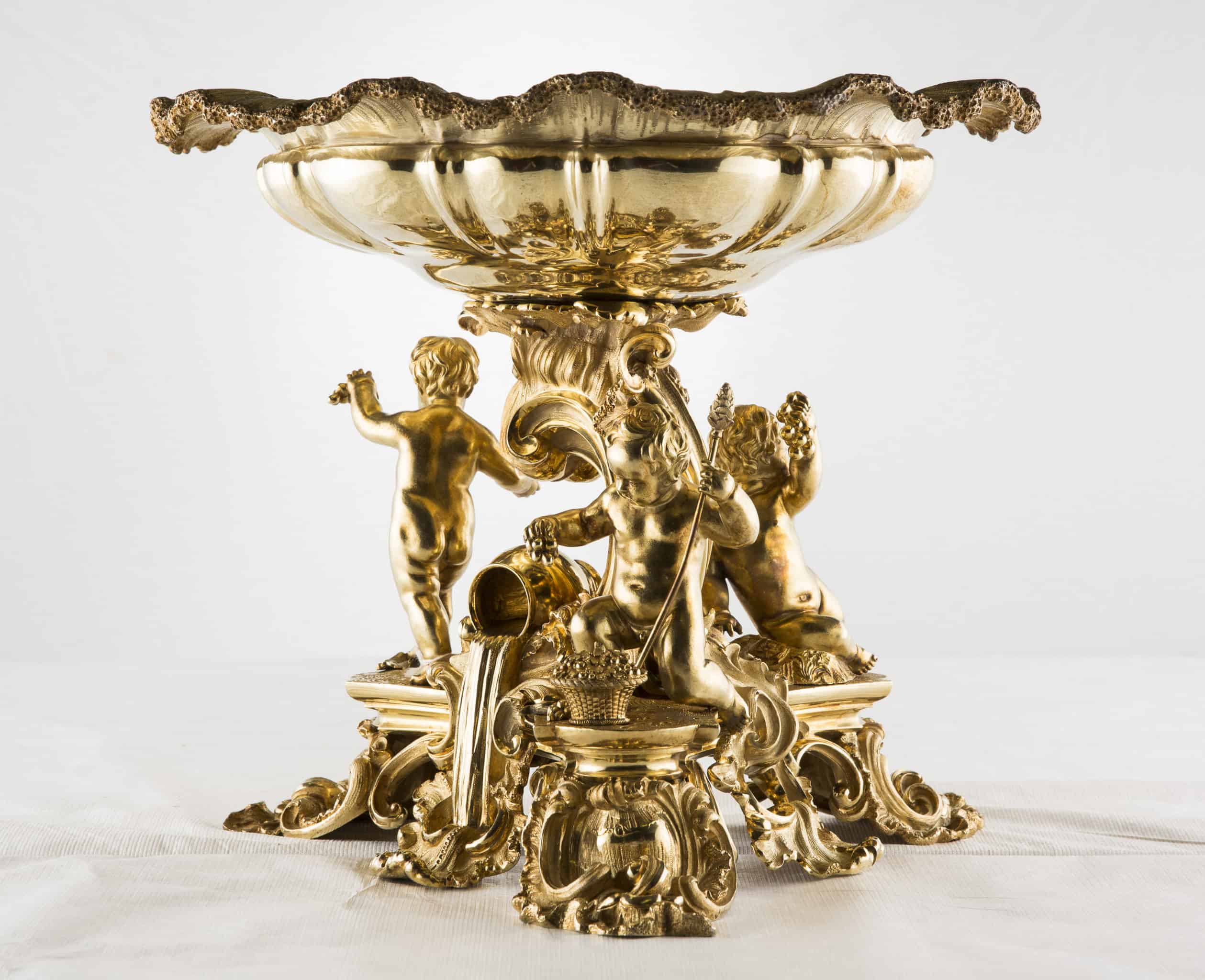 Dessert Stand: Clive Richards Brunel Collection – By Courtesy of the Trustees of the SS Great Britain Trust and the Brunel Institute.