This enamel bathtub is the only museum object currently on board the SS Great Britain, but we know very little about it. We cannot be sure when it was made, if it was made specifically for the ship or at what point in its history it was originally taken on board.

After the ship was sold to the Falkland Island Company in 1886 most the useful items were taken off so she could be used as a floating warehouse. As it would have been useful, it is likely the bath was removed.

When travelling to and from Australia, the SS Great Britain would have had four bathtubs like this one. These would have been exclusively for first class passengers. The rest of the passengers and crew had to find other ways to keep themselves clean.

Getting ready to go home

In 1970 the decision was taken to save Isambard Kingdom Brunel’s only surviving ship the SS Great Britain. To do this the ship had to be brought from the Falkland Islands, where she had been since 1886, back to Bristol. It was not going to be easy! The ship was sitting on the shallow seabed in Sparrow Cove and an inspection showed a huge crack in the side of the rusting iron hull. Due to the various cracks and holes in the hull, she would not be able to sail the 8,000 miles across the Atlantic Ocean to Bristol. Instead, the plan was to tow the ship home on top of a floating platform know as a pontoon.

To get the SS Great Britain ready for the journey, the salvage team had a lot of work to do. They put down new wooden planks to make the decks safe and cut down the three remaining masts to make the ship easier to tow. But the biggest problem was the hull. Divers had to temporarily fix the holes in the flooded hull so the ship could be re-floated. They also needed to patch up the large crack in the hull. A call went out on local radio asking Falkland Islanders if they could donate any unwanted mattresses to help the project. Hundreds of mattresses were donated to the salvage team. They were cut up, dragged underwater and stuffed into the crack.

The next stage was to start to pump out all the water so the ship could finally float. The pontoon was sunk, and the newly floated SS Great Britain was positioned on top of it, so at last she was ready to begin the long journey home.

Passengers on the voyages to Australia had to cope with extreme heat as the ship crossed the equator. Not only that, but the ship’s steam engine produced soot that would cover everything in a layer of dirt. In order to keep clean and cool, passengers needed to be able to wash.

Despite often carrying up to 700 passengers the SS Great Britain only had four bathtubs! There were two on one side of the ship for men and two on the other side for women, but they were for first class passengers only. Annie Henning, a first-class passenger, wrote in her diary that there had been “Great excitement at breakfast by a report that a bath pumped up by a cabin boy for a lady, [when] one of the Fore Saloon (second class) passenger quietly slipped in. He was not even a first-class passenger!” With so few baths being used by so many people, Olcher Fedden wrote in his diary that he needed to “rise early enough to get it first”.

There were few options for the rest of the passengers and crew on the ship if they wanted a bath. Some got up early to wash using the hoses the crew were using to clean the deck of the ship. In 1862, Mr Dearlove wrote in his diary that he was getting up most days between 3am and 5am to bathe in this way.

Another option was to use a large wooden barrel filled up with sea water. Male passengers could bathe in them on the top deck, whilst barrels for women were below decks for more privacy. However, these barrels would have only been filled once a day so if you were one of the last passengers to use the barrel bath, you would be washing in lots of other people’s dirty water!

For those passengers unwilling to use the sea water barrel baths, they could use some of their daily freshwater ration to wash instead. Each passenger received three pints of water a day for both drinking and washing. When one unnamed passenger used a large part of this daily ration for washing rather than drinking, he got into an argument with his fellow passengers. The passenger recorded in his diary that they told him he “had no right to wash in fresh water, and that there was not sufficient (enough) for me to do so.” Judging by a later entry in the diary he ignored their complaints and continued to wash using fresh water!

Imagine you’re a passenger on-board the SS Great Britain and write a diary entry – maybe you could write about how hard it is to get a bath! Download and Print

Learn more about the SS Great Britain’s return to Bristol in 1970 by looking at this Collection Story on the photograph of the ship sailing under the Clifton Suspension Bridge.

Use Global Stories to find out more about some of the grumbles and complaints passengers had over the heat on board the ship. 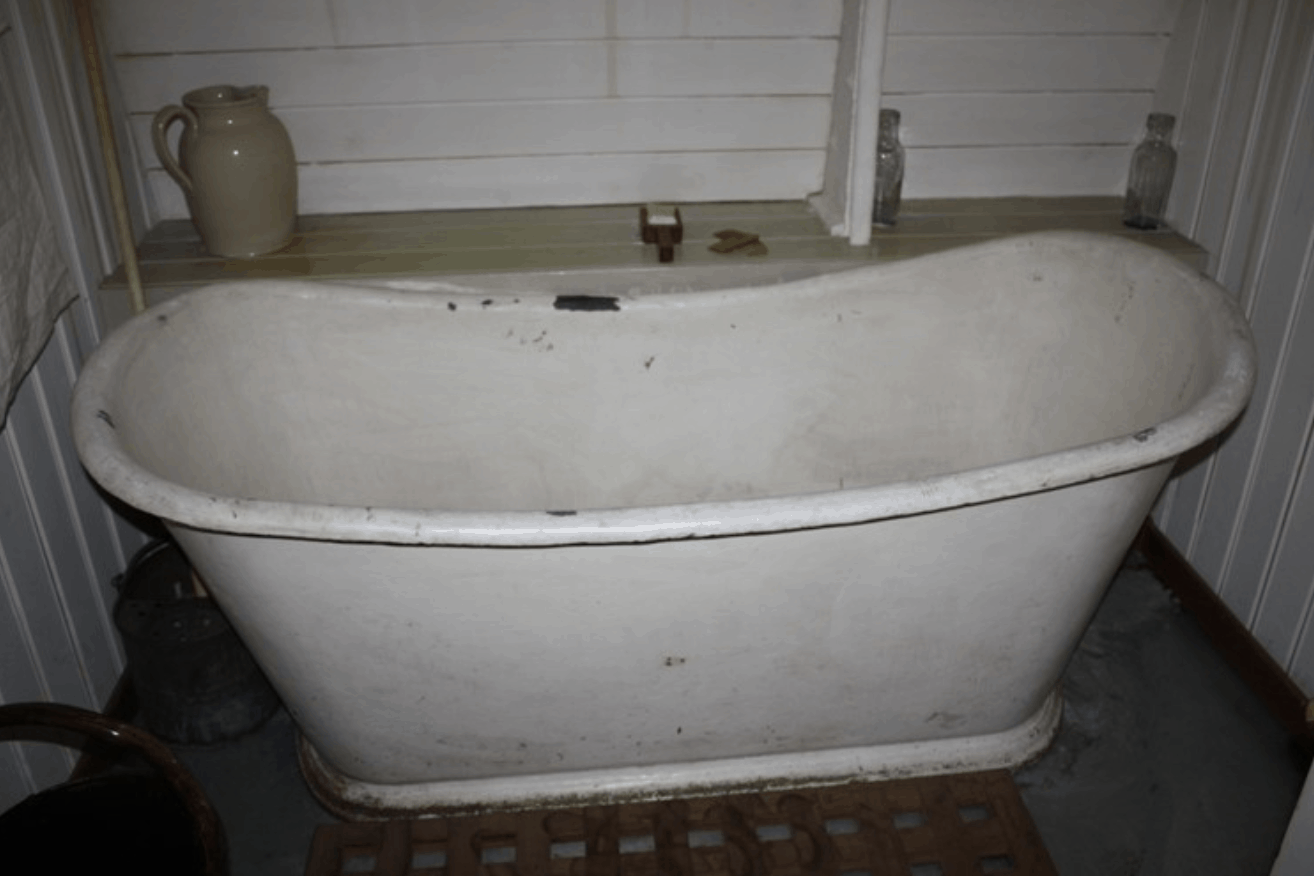