Visitors to the Being Brunel Museum can step into a recreation of Brunel’s Shakespeare Dining Room as it looked in his Duke Street home. In this guest blog author Aidan Bell sheds new light on what happened to the elaborate decorations after his death in 1859.

Victorian engineer Sir John Fowler succeeded Isambard Kingdom Brunel as Consulting Engineer to the Great Western Railway after the death of the engineer in 1859.  Brunel’s former home at Duke Street in Westminster was used in the early 1860s as the offices of the Metropolitan Railway Company, for which Fowler was also Engineer, and the Company held their board meetings in Brunel’s famous Shakespeare Room.

When the house was demolished in 1866 to make way for the construction of the Foreign Office, Fowler purchased the fittings of the Shakespeare Room and installed them in the Dining Room of his new house at Braemore House in the Scottish Highlands. This photograph shows the Dining Room in 1920, when the house was first put up for sale.  A number of key original features are evident, such as the richly carved mantelpiece, doorway and ceiling, the sculptures by John Thomas on either side of the fireplace, an octagonal mirror, the wooden paneling and the silk wall coverings.

Sadly, the house was subsequently demolished and with it the final traces of Brunel’s Shakespeare Room.

This blog is based on more detailed research in the book Fowler’s Bridges by the author, which includes photographs of Fowler’s Dining Room including the various Brunel fittings, along with a discussion of Brunel’s Shakespeare Room at Duke Street.

Aidan Bell studied Archaeology at the University of Durham and works for the National Trust for Scotland caring for Corrieshalloch Gorge National Nature Reserve, once part of the Sir John Fowler’s Braemore estate in the Scottish Highlands. 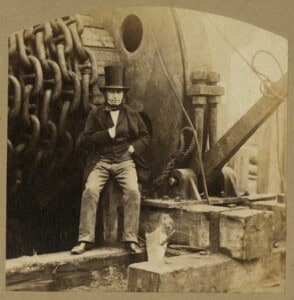 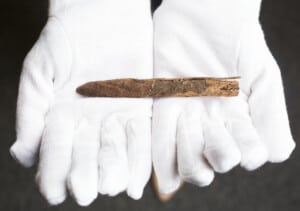 Five incredible items that tell us more about Brunel