Isambard Kingdom Brunel’s image is recognisable around the world – the sideburns, cigar, and of course, the iconic stovepipe hat, a variety of top hat with mostly straight sides. But did you know that this popular style of hat could also be deadly?

The top hat had become an essential part of a man’s wardrobe by the early part of the 19th century, replacing the fashionable three-cornered tricorne and two-cornered bicorne hats of the 18th century. The creation of the first silk top hat in England is credited to a hatter from Middlesex, called George Dunnage, in 1793. A top hat is simply a tall, flat-crowned hat traditionally made of black silk (although felted beaver fur was also used in the early part of the 19th century).

The increased industrial output that took place in Britain during the 19th century meant that popular fashions, such as the top hat, were no longer the preserve of the upper classes and were now more accessible to the majority of the male population, including those lower down the social scale. The resemblance of the hat to the factory chimneys so evocative of the Industrial Revolution was remarked upon by pioneering fashion historian James Laver, and the fact that many wealthy industrialists also wore top hats helped to turn them into a symbol of urban respectability. The top hat remained the dominant form of headwear in British society for the next hundred years.

The rise of the stylish headgear didn’t come without some risk to the manufacturers. Mercury had been used in the production of felt for hats from the 18th century. The colloquial English phrase, “Mad as a hatter”, is believed to originate from Denton and Stockport in Greater Manchester, where a large number of the male population men worked in the hattery business. Erethism, also known as mad hatter disease, is a neurological disorder which affects the central nervous system, and is derived from mercury poisoning. Historically, this illness was common among felt-hatmakers who had prolonged exposure to mercuric nitrate, that was used to process and stabilize fur in the manufacture of felt hats. Many people believe that the Mad Hatter in Lewis Carroll’s Alice in Wonderland is an example of someone suffering from erethism.

It was during the 1840s and the 1850s that the top hat reached its most extreme form, with styles having a high crown and narrow brim. Isambard Kingdom Brunel was regularly photographed wearing a stovepipe hat, a variety of top hat with mostly straight sides. President Abraham Lincoln was also a famous wearer of the stovepipe and helped to popularise the style in America during his presidency by adding the tall hat to his already 6ft 4” frame! In his locked diaries, Brunel described how he cared very much about his physical stature, writing in one diary entry, “As I pass some unknown person who perhaps does not even look at me I catch myself trying to look big on my little pony.” Standing just over 5ft (1.52m) tall, his trademark 8-inch (20cm) stovepipe hat would have gone some way in making him look more imposing to his clients and contractors.

It is very probable that Brunel wanted to project a certain image in order to be viewed as a successful engineer, and the stovepipe hat popular at the time certainly helped him do that and of course is now indelibly linked with his image as the foremost engineer of the Victorian period. 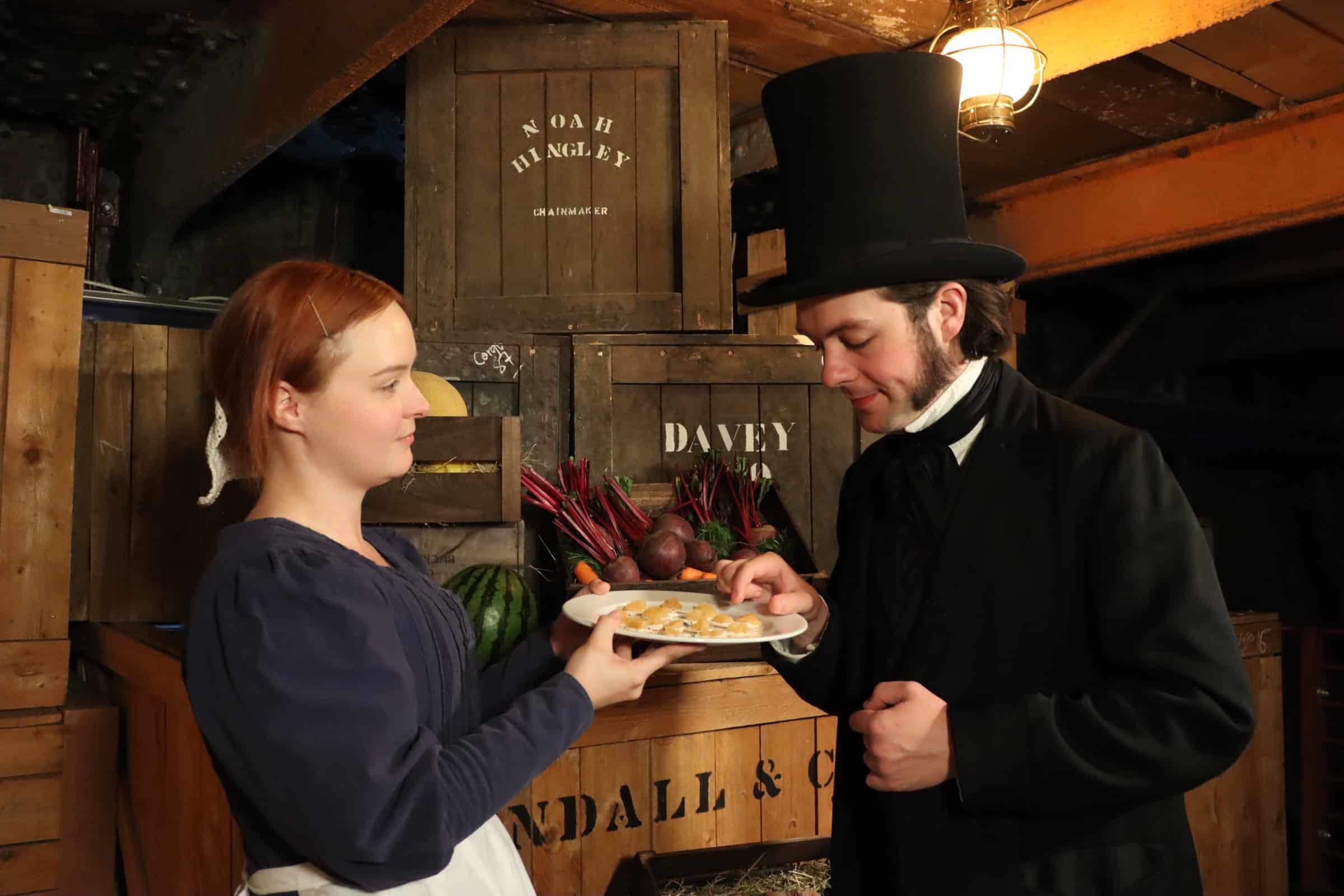