We’d like to thank Lizzy for the work she did towards this collection story as part of her placement, and Malcolm for his research on Ship Surgeons and the SS Great Britain.

Illness and injury on board the SS Great Britain

During her 41-year working life, the SS Great Britain carried over 30,000 passengers and crew, of all ages and backgrounds. Although most people thought of it as a healthy ship, there were still many illnesses and injuries on board and over 140 deaths were recorded.

Some illnesses can be passed on from person to person, and these spread quickly in a crowded ship. Measles, typhoid and cholera all caused deaths. Smallpox was common at the time, but the SS Great Britain carried supplies of the vaccine and only two deaths from smallpox were recorded. The most common cause of death on the SS Great Britain was tuberculosis – known as “consumption” in the 19th century, an infectious disease which affects the lungs.

More injuries were recorded amongst the crew than the passengers. Working the sails could be dangerous and some crew members suffered serious falls. George Green, for example, was taking in the upper main topsail during a hurricane when he fell into a lifeboat. Some of his bones were broken and he died straight away.

The job of a ship’s surgeon

From 1852-1876, twelve different surgeons worked on the SS Great Britain. Some, like William Walsh, only served for one voyage, while others, like Andrew Alexander, worked on many voyages.

All the surgeons were men, and most of them were young. Samuel Archer, for example, was only 21 when he began working on the SS Great Britain. In the mid-19th century, passenger sea travel was becoming very popular, and it is likely that some ship’s surgeons saw their job as a way to see the world while getting paid!

Surgeons on the SS Great Britain had to look after the health of everyone on board. They often had to focus on illness and injury amongst the crew rather than the passengers, because if the crew couldn’t do their jobs it would delay the journey and the shipping company would lose money. Their job wasn’t just about treating illnesses and injuries. They also helped make sure the ship was clean and the passengers and crew were living a healthy lifestyle and behaving themselves!

The surgeon would have had a “medicine chest”, containing medicines and other supplies for treating unwell passengers. Many of the treatments we use today had not been discovered, but laudanum could be used for pain relief and vinegar could be used to kill germs.

Learn more about some of the terrible diseases that were suffered by passengers and crew on board the SS Great Britain. Then find out if you would make a good Ship’s Surgeon by trying our quiz!

Learn more about how the SS Great Britain coped with outbreaks of diseases on board.

Find out how Brunel created Renkioi Hospital to help soldiers during the Crimean War.

What’s For Dinner?
Use the bill of fare from a Victorian voyage on the SS Great Britain to plan a meal (download and print)

Discover what marine animals passengers spotted whilst travelling on SS Great Britain. We’d like to thank Lottie for her work in creating this resource as part of her placement. 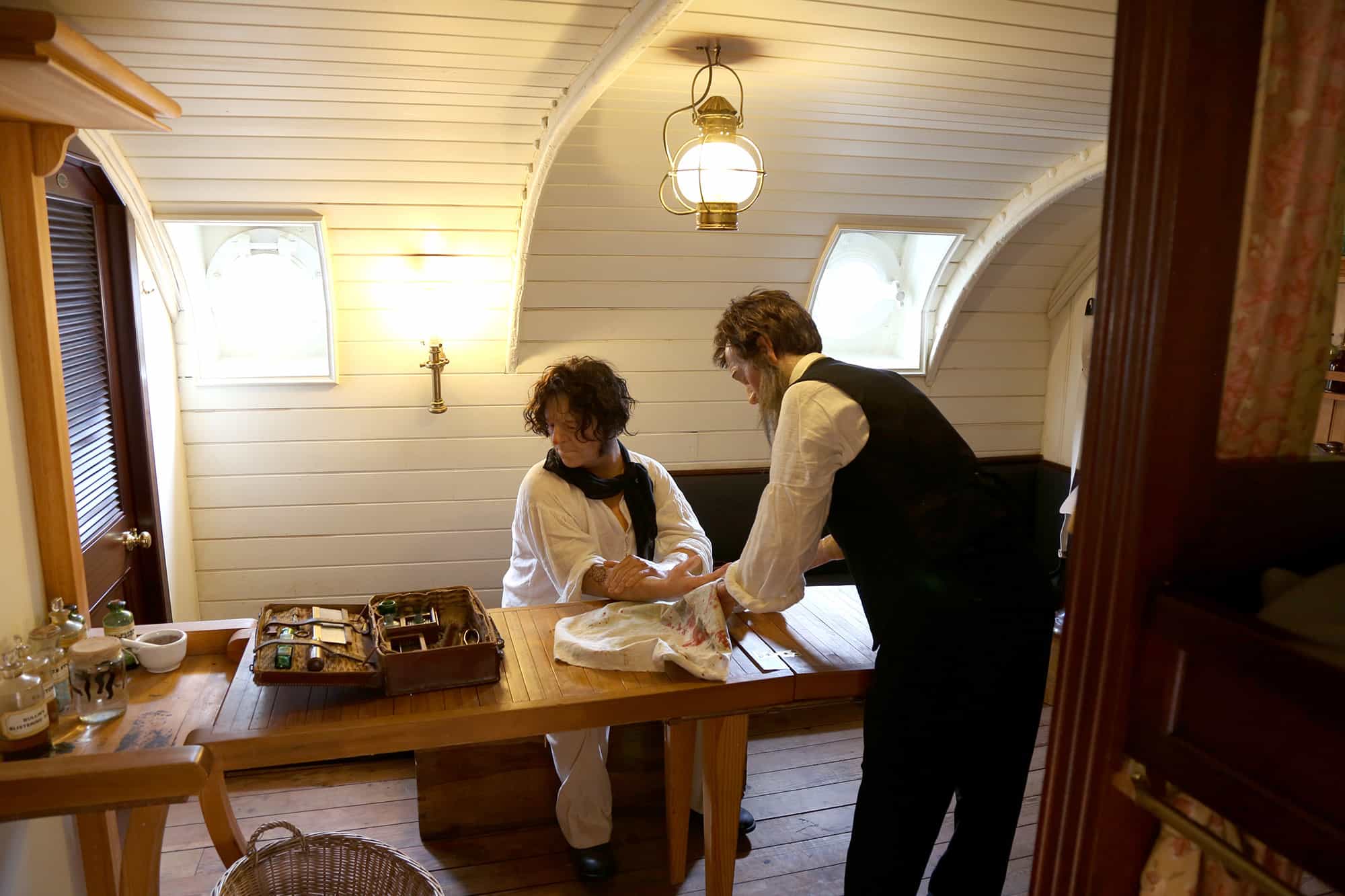