The SS Great Eastern was launched into the River Thames in January 1858 and the following year was spent making the inside of the ship ready to carry passengers. In September 1859 she set out on her maiden voyage from London to Holyhead; however, as the ship steamed along the south coast of England disaster struck.

In a rush to get the ship ready, a temporary stopcock fitted to a heating tank next to the funnel was left closed. This led to a build-up of pressure which caused the casing around the front funnel to explode, damaging the deck and launching part of the funnel into the air. Debris and escaping steam filled the boiler room killing five crew members, and injuring dozens more.

Once the wounded men had been taken to the ship’s surgeons, the other engine was checked over to make sure the ship was not at risk of further explosions or sinking. She then made her way to Weymouth, the nearest harbour.

At the time there was no way for the ship to contact anyone to explain what had happened. People only knew that something had gone badly wrong on the voyage, when they gathered to see the SS Great Eastern arriving in Weymouth. To their surprise they saw the ship arrive with her flags at half-mast and one of her funnels missing.

Isambard Kingdom Brunel, who was already seriously ill, died within days of hearing about the tragedy, on 15 September 1859. An investigation was later held into the explosion, but it could not work out who was responsible for it.

The end of the SS Great Eastern

Following the explosion, the SS Great Eastern was repaired and used as a passenger ship between Britain and North America. She was then converted to a cable-laying ship, laying the first transatlantic telegraph cable in 1866. The ship was then left moored on the coast of South Wales for many years as no one could find a use for a ship of her size. In 1885 she was sold to a Liverpool department store which took the ship to the River Mersey and used her as an amusement park and floating advert, where her enormous size helped to draw in crowds. This did not last for long and in 1888, only 30 years after she was launched, the Great Eastern was sold for scrap metal. The ship had been built using over 3 million rivets, holding together her two iron hulls, one inside the other. This design feature made the ship very strong, but when it came to take the ship apart, it took 200 men nearly two years to break her up! Some of the rivets which were removed from the ship during the process, were sold off for charity at one shilling each.

Only one of Brunel’s 3 ships, the SS Great Britain remains to this day. In the past people saw no need to keep ships beyond their working life; Brunel’s first ship the SS Great Western was scrapped in 1856 despite it being the first steamship purpose built to cross the Atlantic Ocean. Nowadays ships like the Great Britain, and other structures with interesting histories, are often preserved to allow their stories to be told.

A Bit About Brunel FactsheetDesign your own ship and tackle exciting engineering challenges with help from Brunel. Play the Full Steam Ahead educational computer game. Unlock the full classroom version using 1843SCHOOLS code and try ‘Sink or Swim,’ ‘The Long Haul’ and ‘Tug-O-War’ levels (download via app store / play store)

Find out more about Brunel’s second ship, the SS Great Britain with this factsheet 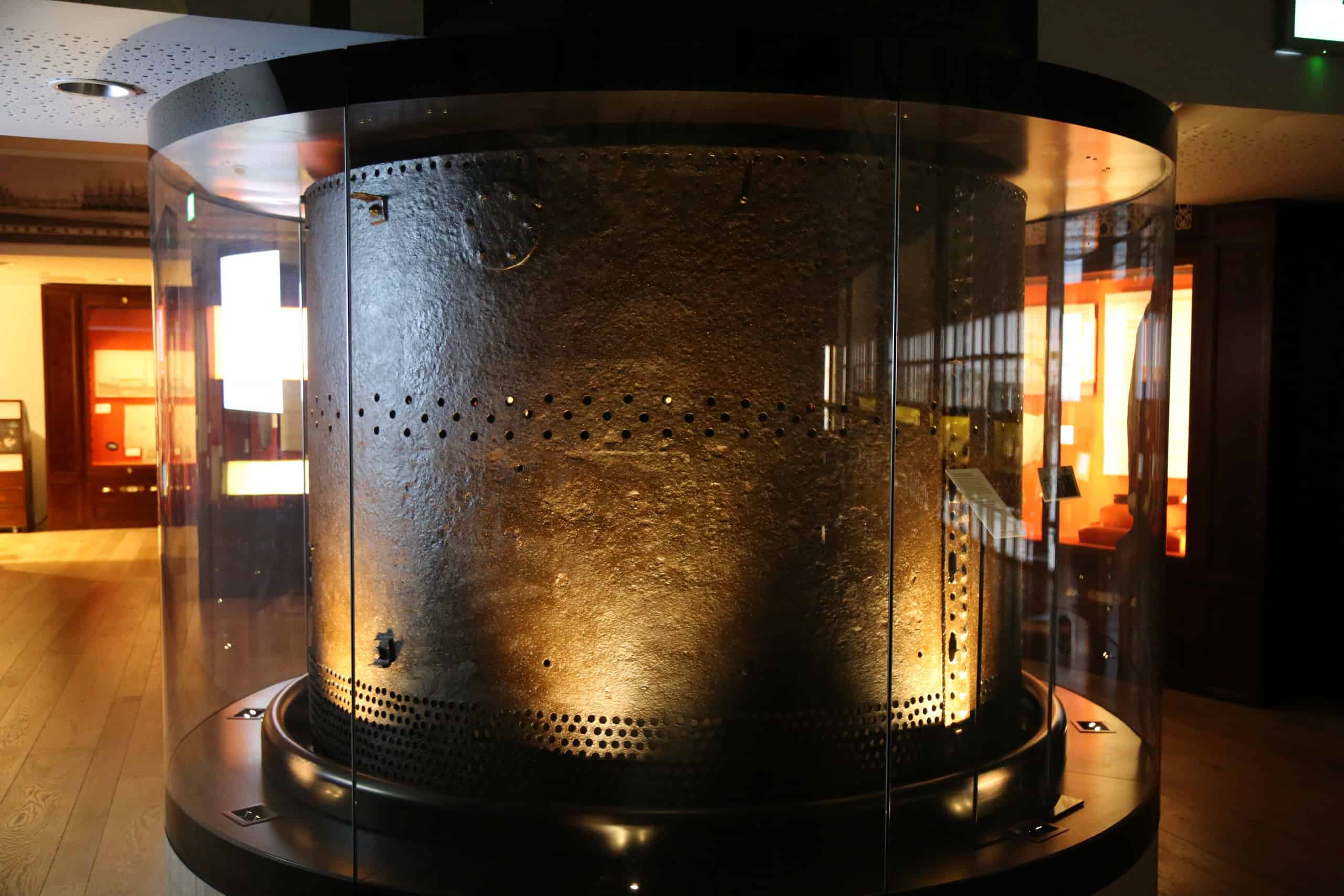 Great Eastern Funnel on display in Being Brunel. BRSGB-2013.01901 - Courtesy of the SS Great Britain Trust