This is Rachel Henning’s diary which she wrote while traveling from Liverpool, England to Melbourne, Australia on the SS Great Britain in 1861.

In her diary, Rachel writes about her life on board as a first-class passenger. She describes how she spent her time which included playing games and exploring the ship.

She also comments on the other passengers and crew, writing about those she got on well with, like Captain Gray, and those she didn’t. She also recorded various births and deaths on board during the voyage.

It was the second time Rachel, who was born in Somerset, had emigrated to Australia. She briefly lived there between 1854-1856, but after struggling to get used to life in the country, she returned to Britain. However, by February 1861 she had decided to return to Australia and set out to join other family members already living there.

Rachel Henning left Liverpool on board the SS Great Britain on 17 February 1861, she was travelling on her own to Australia. The following day the ship was caught in a storm in the Irish Sea and then had to spend several days undergoing minor repairs in Queenstown, Ireland. On the 27 February the ship left Ireland for Australia.

In her diary Rachel recorded what life was like for her onboard, “One day passes so like another that there really is very little to write about. They pass pleasantly enough too”. She spent a lot of her time playing games, including chess, sewing, reading, and walking on the top deck. During the voyage Captain Gray gave her and a few other passengers a tour of the ship, including the opportunity of climbing down into the engine room – “Everything came off black and oily, neither our hands nor our dresses were improved thereby, and as to our hoops, the less said the better. They were sorely in the way, and I doubt if they will ever regain their shape.”

She also wrote about other passengers. Rachel shared her cabin with Mrs Bronchorst, unfortunately we don’t know her first name as Rachel did not record it in her diary. However, she did write that Mrs Bronchorst complained a lot and “ought never to have come to sea, as she has no idea of making the best of things”!

The SS Great Britain finally arrived in Melbourne on 3 May 1861. When she left the ship Rachel wrote in her diary – “You get attached to a ship which has carried you safely 15,000 miles, and she is a splendid vessel and no mistake.”

From Melbourne, Rachel travelled on to Sydney on a different ship before going to join her brother, Biddolph in Queensland where they started a sheep station (farm). Rachel remained in Australia for the rest of her life, enjoying an outdoor way of life that included sleeping outside, cooking on campfires and horse riding.

Rachel Henning and her family were among thousands of people who decided to leave Britain on ships, including the SS Great Britain, to start new lives in Australia in the 18oos. These journeys were possible due to the British colonisation of Australia which had begun the previous century. The impact this mass migration had on the lives of Aboriginal people was enormous.

In 1770, British Naval Captain James Cook landed on the east coast of Australia and claimed it as a British colony. Around 750,000 Aboriginal people already lived in Australia, but their thoughts, opinions and way of life were not considered when Britain began the process of colonising the continent with prisoners (convicts) in 1788. That year, eleven British ships landed in an area they named Botany Bay with soldiers, over 700 convicts and a governor whose job it was to run the new colony.

As more convicts and, and later free immigrants arrived in Australia, the British colony continued to grow. Many took advantage of the fertile land and set up farms, which forced Aboriginal people away from their homes. Thousands of Aboriginal people were killed in conflicts or died from diseases such as smallpox and measles caught from the settlers.

The discovery of gold in the 1850’s, led to a further increase in the numbers of people arriving in the colony and by the time Rachel Henning arrived in 1861, over a million people lived in Australia. Many settlers continued to look down on Aboriginal people, believing that Aboriginal culture and way of life was inferior to their own. Though more was being done by this time to offer protection to Aboriginal people, many of these changes had long lasting negative impacts some of which are still felt to this day.

Read extracts from Rachel’s sister, Annie Henning’s, diary who made her own journey to Australia on the SS Great Britain in 1852

Discover more about five women who travelled on the SS Great Britain like Rachel. 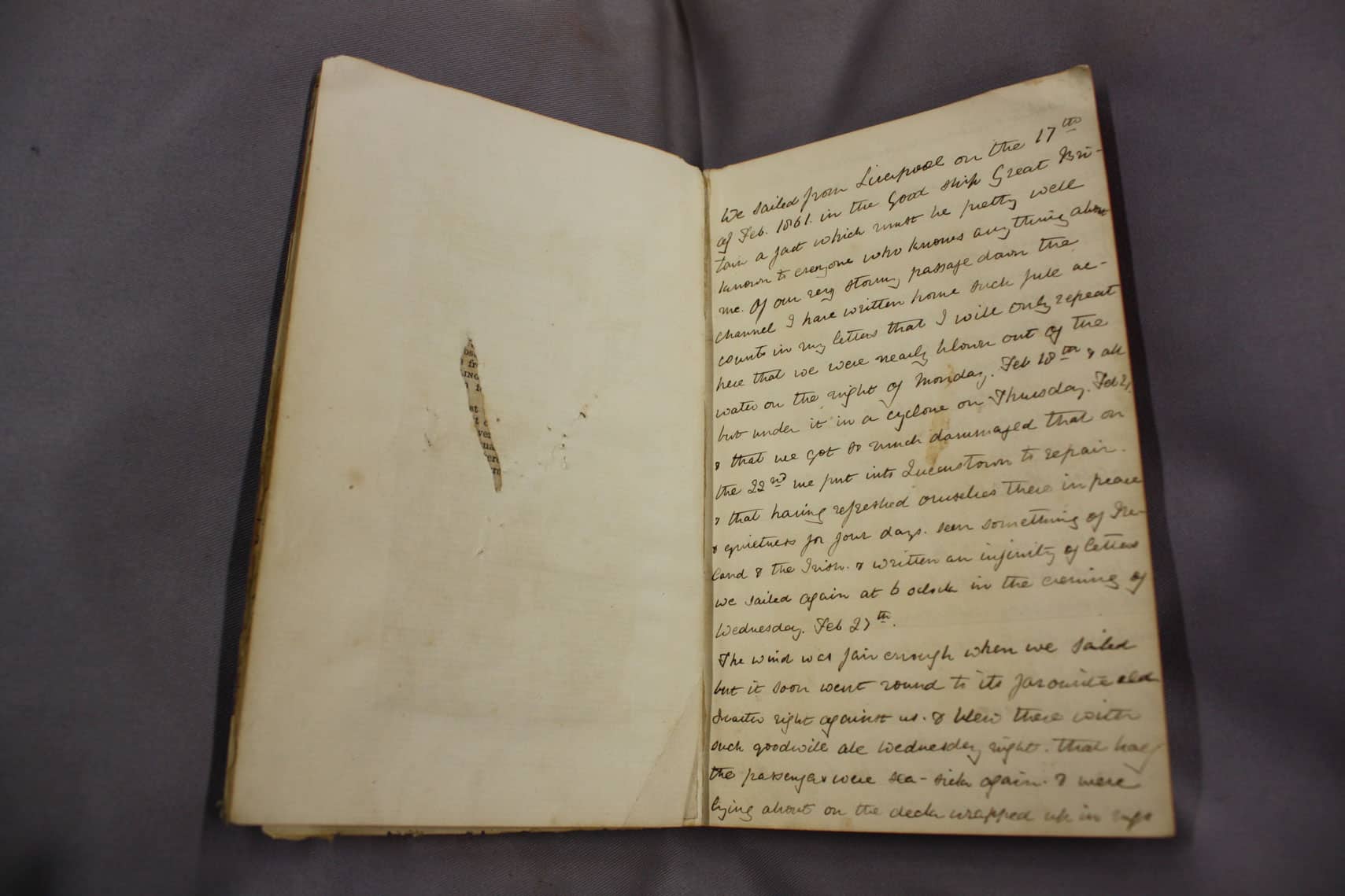