The Making Of A Young Engineer

On this day two centuries ago, a young Brunel finished his education and to embark on a career which would make him one of the most prolific figures in engineering history.

Two hundred years ago, Isambard Kingdom Brunel had completed his education at just sixteen years of age and returned from Paris to London. Within a year, the young Brunel was assistant engineer for the ambitious Thames Tunnel before going on to design ground-breaking bridges, ships and railways.

On 21st August 1822, the sixteen year old Isambard Kingdom Brunel returned home to London after spending nearly three years in France. Despite having fled the country of his birth in 1793 after the French Revolution, his father Marc Isambard Brunel had sent the young Isambard first to the College at Caen and then the Lycee Henri-Quatre in Paris, before working with the famous clockmaker Breguet. He also spent some time at Institution De M. Massin; the Brunel Institute collections has one of his school reports from 1821 which concludes that Brunel provided ‘brilliant expectations for the future’.

It seems that Brunel was able to absorb some of the culture of his fathers country, and the image of one of his letters to his brother in law and friend Benjamin Hawes from 29 March 1821 shows an ink drawing of the ‘Opera Palais Royale’ where he had attended a concert with the Breguet family.

Brunel’s son noted in his 1870 biography that the young Isambard had been sent to France to improve his knowledge of French, which had ‘become rusty at school’ and to also study mathematics. It seems however that his French had not improved enough by the summer of 1822, since he failed to pass the entrance examination to enter the prestigious Ecole Polytechnique.

If Isambard had managed to gain one of the 100 places at the Polytechnique two hundred years ago, the Brunel story might have been very different! Instead, he arrived back in London and was soon put to work in his fathers office at No.29 Poultry, close to the Bank of England. The huge variety of projects Marc was then working on provided the civil and mechanical engineering skills that would be the foundations of the young engineer’s future career.

Within a year Isambard would be helping his father design the Thames Tunnel, and by 1826 he was working in the dark, stinking and dangerous depths of the tunnel itself, an appointment that would ultimately end in near tragedy when the Thames flooded the workings, but another step in his future ambitions. 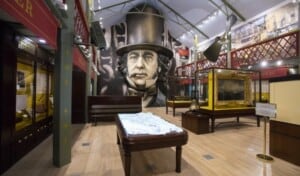 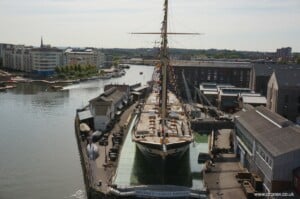 Brunel and the Harbour