In his home at 17 and 18 Duke Street, London, Brunel created a highly decorated dining room for him and his wife Mary to entertain family, friends and important people. It was known as the Shakespeare Room because nine paintings showing scenes from Shakespeare’s plays decorated the walls. These paintings included Jacques and the Stag, alongside ones showing scenes from Romeo and Juliet, Macbeth, and King Lear. Another Shakespeare inspired painting hung in their drawing room.

Brunel was a fan of Shakespeare’s plays so wanted to commission artists who would celebrate the playwright and represent some of the best British artists at the time. His chosen artists were invited to join him for dinner on 18 December 1847 to discuss the project; it was the first of several meetings between Brunel and his artists. They were allowed to choose the subject for their painting as long as it showed a scene from a popular Shakespearian play. The group met again in January 1848 where they discussed their ideas for their paintings. At a third dinner meeting Brunel looked over rough sketches to make sure that all the pictures worked well together and would suit his dining room. The paintings were completed over the next few years with the last, showing a character from The Winter’s Tale, finished in 1856. The paintings help to show Brunel in a different light, as a man with a keen interest in the arts, and not just engineering.

The play As You Like It is a comedy by the famous playwright William Shakespeare; it was written around 1599, 250 years before the picture was painted. The story follows Rosalind and her cousin Celia as they flee into the Forest of Arden to escape from her uncle’s court, with Rosalind disguised as a boy to hide her identity. In the forest they meet a wide range of different characters including Jacques. When Jacques first appears, he is weeping over the death of a stag; this is the scene that is shown in the painting. Whilst the play is a comedy and has a happy ending, Jacques is a sad and thoughtful character and remains reflective about what he sees going on around him. His lines include the famous quote “all the world’s a stage”.

Find out about another object from Brunel’s Shakespeare Room here

Discover the arts and find out about creative people like Brunel, Shakespeare and Lee with this Brunel-themed Arts Award Discover book

Get creative and make your own artistic masterpiece 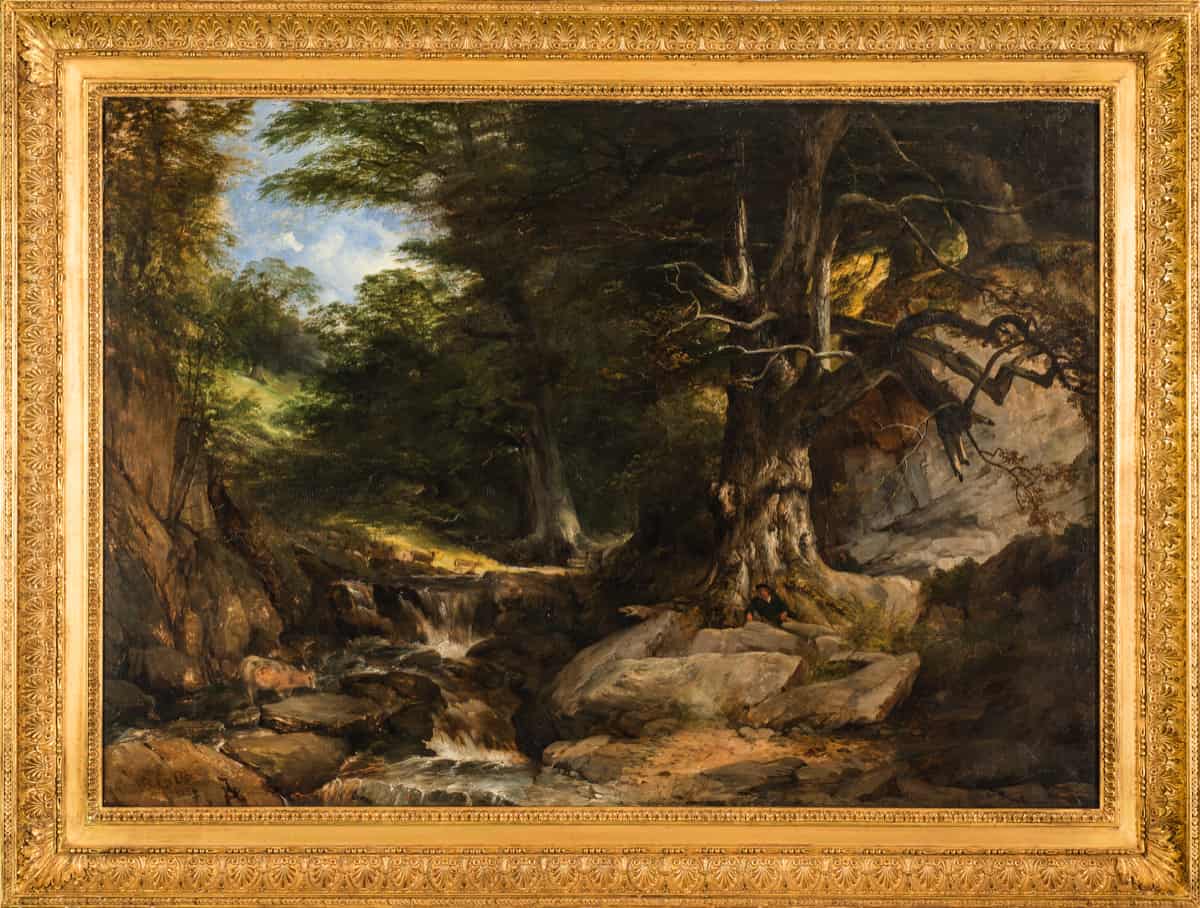