Brunel’s SS Great Britain is one of the most important historic ships in the world. When she was launched in 1843, she was called ‘the greatest experiment since the creation’.

No one had ever designed so vast a ship, nor had the vision to build it of iron. Brunel fitted her with a 1000 hp steam engine, the most powerful yet used at sea. Perhaps most daring of all, Brunel rejected using conventional paddle wheels to drive his ship. Instead, he gave the SS Great Britain a screw propeller. This was the newest invention in maritime technology. By seeing how to combine these key innovations, Brunel created a ship that changed history.

In 1852, Gibbs, Bright & Co. purchased the SS Great Britain to use for carrying emigrants to Australia.

Gibbs, Bright & Co. adapted the ship by replacing the original engine with a more efficient one. They added a second funnel, and replaced the ship’s rudder and propeller with new ones.

On the Australia run the ship was to rely more on sail power than on her steam engine – this would save money. The engine and propeller would be used mostly as a back-up, when the wind was light or blowing from the wrong direction. An extra upper deck was built, so that the ship could carry up to 700 passengers.

The SS Great Britain was a remarkably adaptable ship.

After being converted to carry cargo,  the SS Great Britain transported a variety of exports such as coal and wheat between England and the west coast of America from 1882.

Due to the extraordinary distance, the ship was confronted by the wildest sea conditions in the world. In 1886, storms off Cape Horn badly damaged the SS Great Britain and forced her Capitan, Henry Stap, to seek shelter in the Falkland Islands, the first port of refuge. The ship’s owners decided the cost of repairs was far too high and eventually, their insurers sold the SS Great Britain to the Falkland Islands Company to be used as a floating store.

By 1933, the ship was deemed too unsafe even for this. In 1936 she was towed to Sparrow Cove in the Falkland Islands, a remote and windswept beach, where she was left to deteriorate. The ship’s fittings were removed by thieves, a huge crack appeared in her side and her only visitors for many years were penguins and picnickers.

The story of Brunel’s mighty iron ship might have ended there if it weren’t for a British Naval Architect named Dr Ewan Corlett.

Dr Ewan Corlett, a British Naval Architect, was fascinated with the ship and wrote a letter to the editor of The Times newspaper in 1967. He argued that the SS Great Britain was as important as the famous tea clipper ship, the Cutty Sark, and hoped to persuade readers that the ship should be recovered and preserved before she was lost forever.

The letter received support from the Falkland Islands Company, the National Maritime Museum and many other people. In 1969, Jack Hayward, an English philanthropist, gave £150,000 to fund the ship’s rescue and to bring her back to Bristol.

On 7 April 1970, a team of expert divers managed to re-float the SS Great Britain, after spending days plugging holes in the ship’s hull and pumping out water. It took two more weeks, working in terrible weather conditions, for the salvage team to secure the ship on to a huge floating pontoon. Finally, on 24 April, the ship began her 87 day voyage back to Bristol across the Atlantic Ocean.

The 8,000-mile journey to Avonmouth was the longest ever under tow, and the re-floating and return to Bristol beneath the Clifton Suspension Bridge was watched by crowds of spectators and millions on television.

Today, Brunel’s SS Great Britain has been lovingly restored to her former glory.

Alive with hundreds of sights, sounds and even smells inspired by real passenger accounts, the ship and its two adjacent museums allow you to discover Brunel’s Victorian world and experience life on board. Discover everything there is to explore on our Things To Do page. 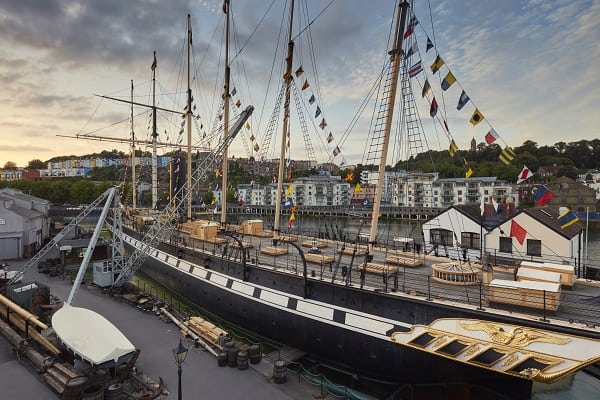 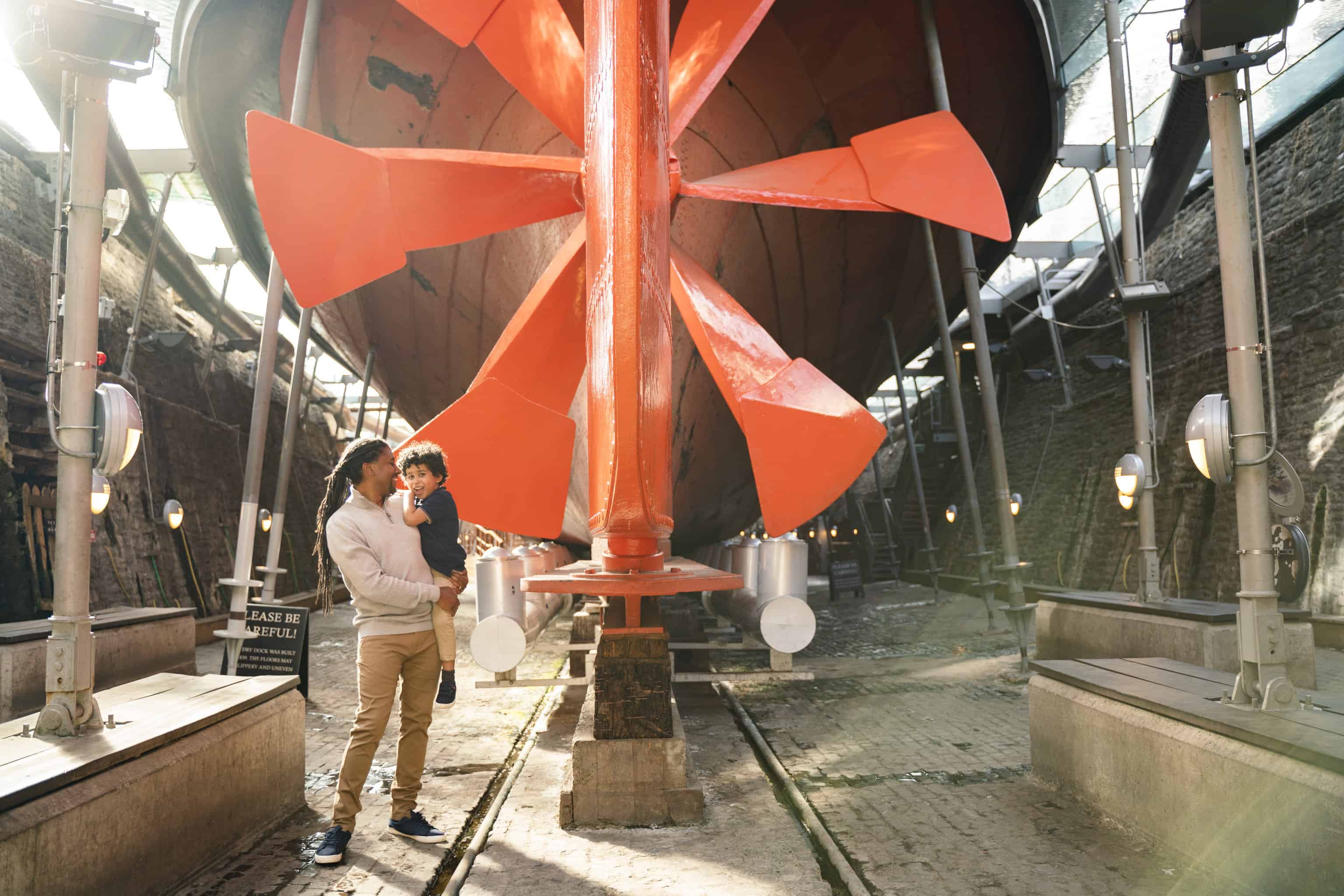