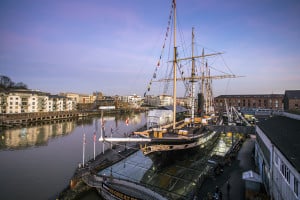 Could you help the SS Great Britain Trust to replace Topmast No.2?

The SS Great Britain Trust needs your help to urgently replace the ship’s Topmast No 2. With your support we can restore the rig to its former glory and ensure that the SS Great Britain remains as magnificent as when she first launched in 1843.

By supporting the Trust’s Topmast appeal, you will ensure that this significant part of our Nation’s heritage remains shipshape and Bristol fashion for years to come. 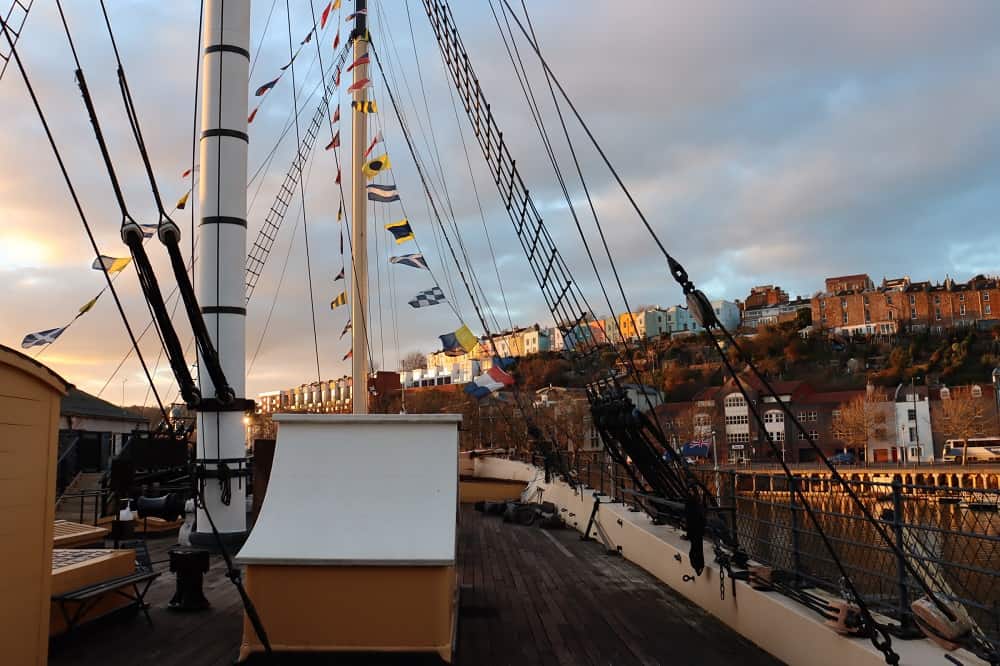 Thank you for your support.

The SS Great Britain was the World’s First ever Hybrid Ship and Six-Masted ‘Schooner’.

Isambard Kingdom Brunel, Thomas Guppy and Captain Claxton worked together to design the ship’s original 1843 rig and sail plan. Together they pioneered a unique modification of the traditional ‘schooner’ rig – a series of fore-and-aft sails set along the line of the keel – and masterminded a six-masted rig, building a ship which could most effectively steam and sail at the same time.

Now part of the iconic Bristol Harbour skyline, the SS Great Britain topmasts are often the first view of Brunel’s masterpiece and a powerful reminder of his impact as one of Britain’s greatest engineers. 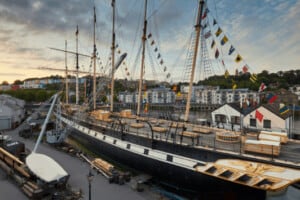 The vital conservation work required for Topmast No.2

Topmast No 2. is the largest of the SS Great Britain’s six masts. At over 18 metres in length, it is also the most complex and costly to replace. Crucially, it carries the topsail yard, as well as being positioned directly above the mainyard, which is used for the Go Aloft! mast and yard climbing experience.

Each mast consists of a lower mast which supports a topmast above it. Originally these were of timber construction but in 2007 the Trust carried out essential maintenance and replaced the lower masts in steel, with the topmasts made of new solid timber.

An inspection in 2017 revealed that topmasts 1, 4, 5 and 6 needed replacing after reaching the end of their expected service lives. After rigorous research into the best options and with generous support from the Trust’s members and supporters, these topmasts were replaced with specially designed, engineered timber hollow masts from Noble Masts, a local company based in Bristol. The new topmasts crucially have an expected service life of over thirty years.

The remaining two solid timber topmasts have been continually monitored since 2017, and the most recent condition report has confirmed that Topmast No. 2 now needs to be replaced.

How you can help

The Trust would be thrilled for you to consider supporting this important appeal and helping us to reach the target of £15,000 towards the overall costs of £65,000 for the replacement topmast. Anything you raise in addition to the target will always contribute directly towards the associated costs of replacement and ensure that the SS Great Britain is ready to ‘set sail’ again in spring 2023.

Together we will maintain the safety and authentic appearance of the ship, conserving her for the future and keeping the astonishing story of the SS Great Britain alive for generations to come.

Thank you for considering helping to preserve such a special part of our Nation’s heritage. 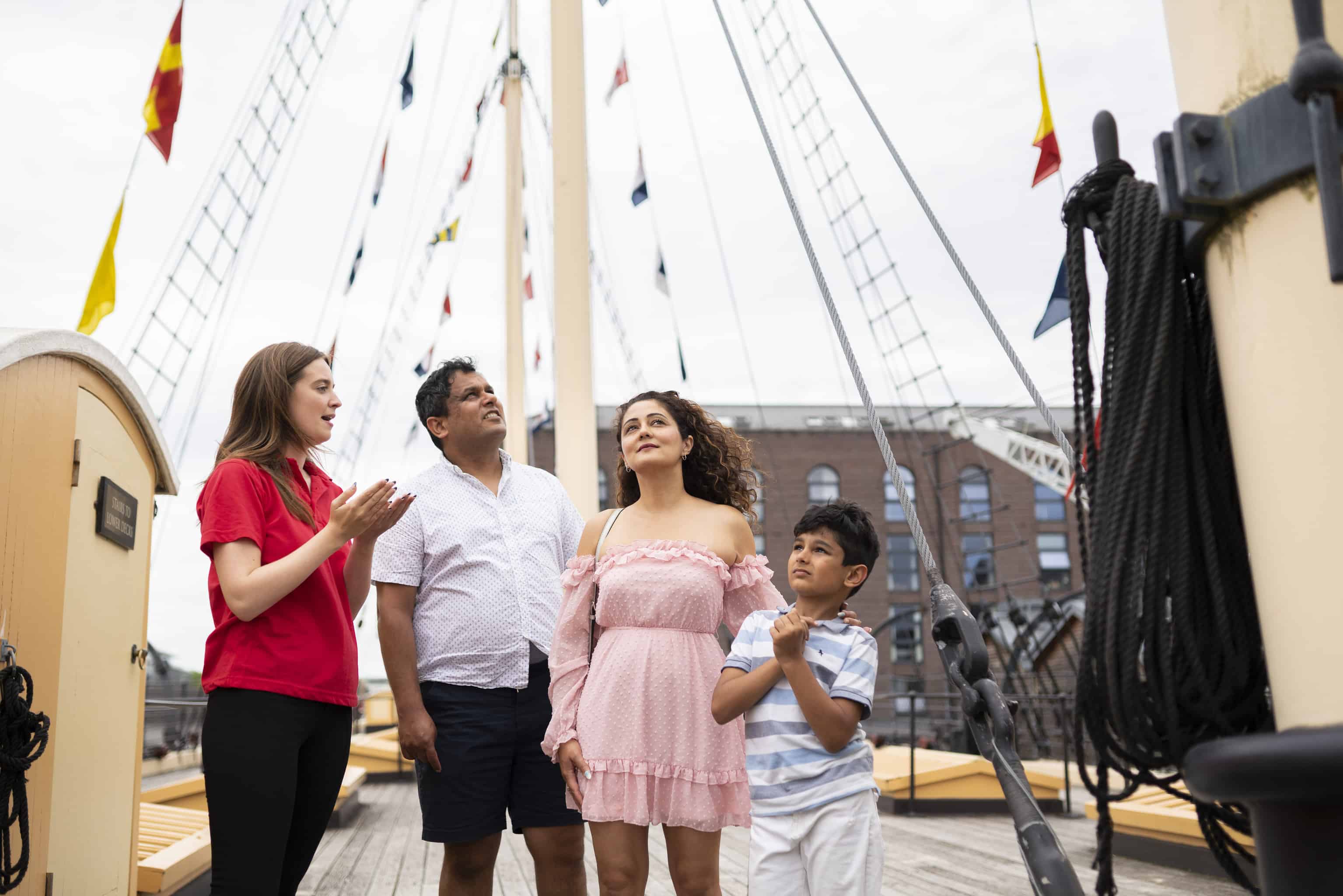 Thank you for your support.

Thank you for your support

For further information about the Topmast appeal or discuss any aspect of your support, please contact Emma Hunter at development@ssgreatbritain.org or 01174 623 125.

Thanks to your incredible support, we have been able to purchase a fascinating and unique painting of the SS Great Britain by the famous Bristol-based artist Joseph Walter (1783 – 1856), showing the ship when she was a transatlantic steamer in 1846. Walter is nationally known for the accuracy of his depictions of Bristol shipping and Brunel’s steamships, and the quality of his seascapes. It is extremely rare for his major works to come up for sale, and even rarer for one depicting SS Great Britain to be offered, so we are extremely grateful for your donations and support in securing this painting.
Thanks to the support of members and the public, as well as a 50% grant from the Arts Council/Victoria & Albert Museum Art Purchase Fund, we have now been able to secure this rare painting which is currently on display in Being Brunel.