During the Crimean War (1854-1856), conditions in the hospitals for wounded soldiers were terrible. Whilst in hospital many soldiers were catching and dying from a range of diseases including cholera, dysentery, malaria and typhoid. In February 1855 Isambard Kingdom Brunel was asked by his brother-in-law Sir Benjamin Hawes, who worked in the War Office for the British Government, to come up with a new hospital to try and solve the problem. He set to work straight away, even though he was busy working on the SS Great Eastern and the Royal Albert Bridge. He wrote in his diary “This is a matter in which I think I ought to be able to be useful and therefore I need hardly say that my time and my best exertions without any limitations are entirely at the service of the Government”.

The wooden hospital wards Brunel designed could each take up to fifty soldiers. When used together the wards would create a hospital able to treat over 1,000 soldiers. Each ward was designed to connect to clean running water and the main drainage system. Brunel also added high windows along both sides of the wards to allow fresh air in and included a stove in each to provide warmth. He designed the hospital to be built in parts (known as prefabricated) with each part only needing two men to carry it. All the parts were built in England then shipped out to Turkey where it was put together. The hospital was quickly constructed on a site in west Turkey; the whole process from design to the arrival of its first patients took less than six months. It proved to be successful with far less soldiers dying from diseases at Renkioi than at other hospitals during the war.

Hospitals during the Crimean War

During the Crimean War, condition in hospitals for injured soldiers were terrible. They were overcrowded, dirty and short on supplies of medicine and other essentials. Once reports of the conditions reached the British public, the government invited the experienced nurse, Florence Nightingale, and her team of thirty-eight nurses to head out to the hospitals in Turkey. Their role was to work alongside the overwhelmed army medics helping the wounded and dying soldiers.

Once out there, Florence and her nurses set about improving conditions. They cleaned the wards, washed bed linen and improved the quality of food. She also wrote to the British Government demanding more help to improve conditions further. They then ordered Brunel’s hospital and improved the sewage systems and ventilation in the existing hospitals.

Despite Florence Nightingale and Mary Seacole’s efforts, and Brunel’s state of the art Renkioi Hospital, more soldiers died from diseases during the war than from their wounds.

Renkioi Hospital isn’t the only one of Brunel’s projects with links to the Crimean War. His second ship the SS Great Britain was commandeered (borrowed) by the British Government to take soldiers to fight in the war. She made several voyages between March 1855 and June 1856, during which she carried around 45,000 soldiers.

Take a closer look at the completed Renkioi Hospital in these photographs, courtesy of the Getty’s Open Content Program:

Explore the SS Great Britain’s journeys to Crimea, voyages 12a to 12e on Global Stories.

Brunel designed each of the ward buildings at Renkioi Hospital to be the same. Become an engineer yourself and build your own hospital wards out of paper. 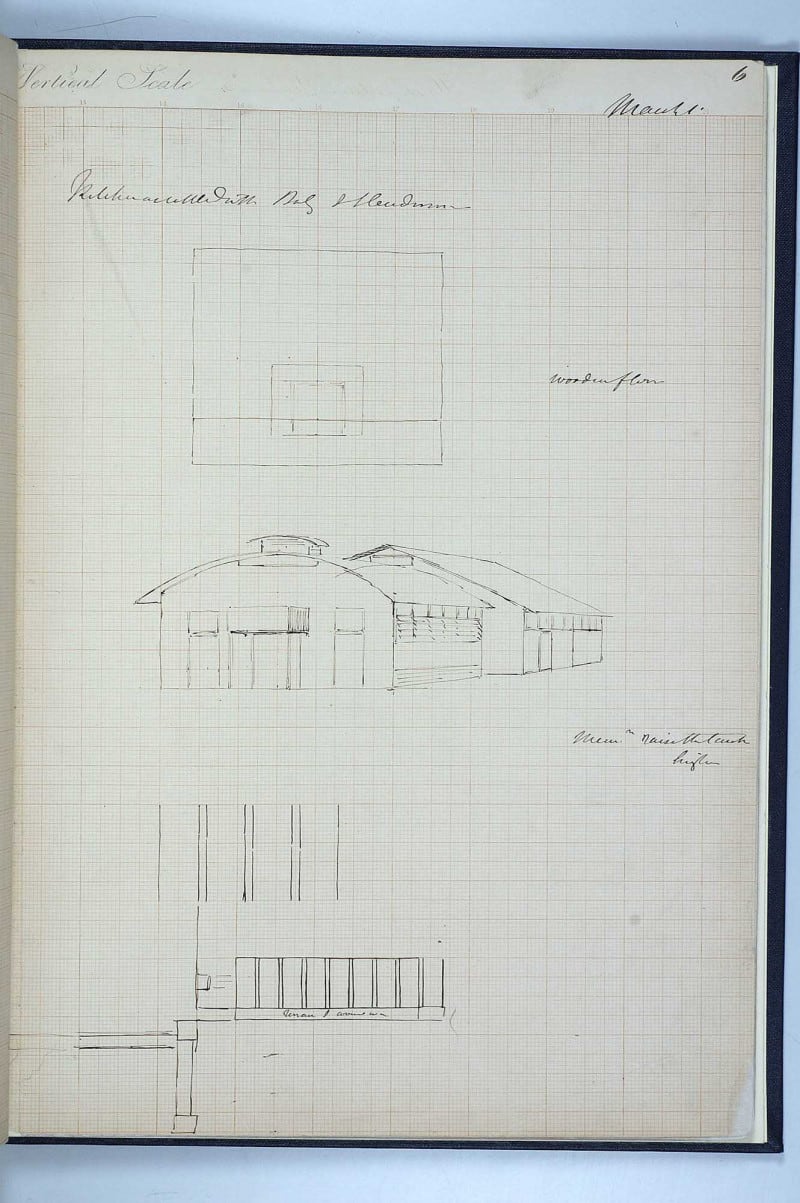 One of Isambard Kingdom Brunel’s sketches of the Renkioi Hospital. DM162/8/1/1/Large Sketchbook 9 – Courtesy of the Brunel Institute, a collaboration of the SS Great Britain Trust and the University of Bristol.